The End is the Beginning is the End, as Billy Corgan suggests on the soundtrack to (what I feel is the unjustly maligned) Batman Forever. I had way too much “decline and rebirth” material to fit in the last issue, so I’ll continue to follow that seam for a while. (You’ll find that downturn and revival is a recurring, uh, theme here at Recurring Thing.)

After returning to design after a year away, I find that Everything Now Looks Very Strange Indeed™. This is another one of my updates on restarting a creative practice (which I’m calling Studio Thing), plus a dose of cultural and design commentary.

(If someone’s forwarded this thing to you in the hope you’ll find it interesting, you can subscribe here to secure my everlasting love. And please, pass it on if you think it might be of interest to anyone.)

Some follow-up on that evergreen topic of what comes after human-centred design: at TEDxSydney I delightedly crossed paths with fellow innovation veteran Carli Leimbach, who’s been thinking about “earth-centred design” as a corrective to anthropocentrism. I’m intrigued. She’s run an initial workshop with some like-minded people, and I’ll keep tabs on her progress.

In other more-than-human news, Anne Galloway recently posted her talk at IndiaHCI 2018, “Designing with, and for, the more-than human”. I’ve been following Anne’s work for a long time, from when the Internet of Things was called “pervasive computing”, to her more recent work in Aotearoa about sheep. For Anne, more-than-human-centred design means:

Recommended. Also interesting is the “more-than-human design research roll-call” she recently initiated on Twitter. Follow this link if you want to get in touch with people who are active on the topic, at least in academic circles — some familiar names pop up.

🥪🤮 The alternative to curiosity is… hard to swallow

I’ve just wrapped up my NEIS coursework, and to celebrate I want to recount a story about my teacher Jason that also demonstrates why I’m so glad I decided to sign up for this microbusiness training and mentoring program.

A few years ago, Jason was the director of training at a large catering company which had a significant focus on healthcare facilities such as nursing homes. To get a feel for the training needs of his workforce, he decided to tour their workplaces, immersing himself in their day-to-day work. (His CEO was frankly a little surprised by this — as is the case with many sectors, it was uncommon for management to visit the frontlines. In fact, when he urged the Head of Care at one aged care facility to tour the frontlines of her own operation with him, the staff didn’t recognise her, and assumed she was a visitor. Yikes.)

While working with kitchen staff in one nursing home, Jason noticed that one resident, a lone old woman, always ordered the same dish: a single salmon sandwich. Intrigued, he asked the staff about this, and they shrugged. “She must like it,” was the reply.

The next day, Jason decided to have lunch with her. After a pleasant meal together, he couldn’t contain himself.

“Betty, I’ve noticed that you always order a salmon sandwich,” he said. (I love that he still remembers her name.) “I don’t mean to pry, but, uh, why is that?”

She looked at him for a second.

It turned out that Betty had dysphagia — a problem with her pharynx or oesophagus that made swallowing difficult — and was terrified that if she admitted this, she would be placed on the puréed diet of an invalid. Over time, she’d gotten used to salmon sandwiches as the one meal she knew could swallow without issue. And because of her fears, that’s all she ate.

“Betty, how long have you been eating salmon sandwiches as your only meal?” Jason asked.

“Two years.” So basically, a resident had been potentially malnourishing herself for years because the systems around providing and talking about choices under this regime of care were broken.

After setting her up with a more appropriate (and still chewable) set of diet choices, Jason decided to consult with dysphagia experts and patients like Betty to create a unit of training about these kinds of patient needs, aimed at preventing such system breakdowns. Everyone at their client nursing homes could attend. The aged-care nurses who came were flummoxed, telling their Head of Care, “Why are we only hearing about these kinds of problems and solutions from the catering guy? No offence, Jason, but seriously, WTF?”

In the midst of such regimented systems, where industrial efficiency often erases the possibility of supple action or even humane behaviour, I’m grateful that compassionate minds like Jason’s exist. When curiosity seems like it’s at death’s door, people like him arrive to revive it.

The reveal: I was initially pretty skeptical about doing the course under Jason because before classes started, I’d gleaned that he’d spent most of his career managing McDonald’s restaurants. It turns out that my fears were misplaced, because I got a lot out of his teaching. While I really don’t share his interest in large food systems, either in experiencing them as a customer nor in their general industrial impact on the world, I’m glad there are people like him enmeshed in such forbidding places, trying to make them more sensitive, responsive and just.

When’s the right time to write a requiem for the human species?

The other night I had the pleasure of experiencing the late Jóhann Jóhannsson’s First and Last Men, a live symphonic and film adaptation of Olaf Stapledon’s seminal 1930 sf novel of future history, narrated by that alien god who lives among us, Tilda Swinton.

(I only knew the Stapledon novel by reputation, and Jóhannsson from his film scores, but was recently prodded to see this production when I watched Philip Kaufmann’s excellent 1978 remake of Invasion of the Body Snatchers. In a passing exchange that you’d easily miss, two characters chat about their reading habits, and Stapledon’s work is mentioned. More on this later. Intrigued, I pounced on the Jóhannsson version when it arrived in Sydney as part of the Vivid Festival.)

Jóhannsson only uses the last part of Stapledon’s immense story, which starts in the 20th Century and spans the next two billion years. This focus on the last of eighteen successive human species summons a particularly elegiac mood. Responding to the eventual extinction of life on Earth, humans have genetically re-engineered themselves for life on Neptune, and it is these highly advanced Neptunian humans, astonishing in their animalistic diversity, 20-year pregnancies and 2000-year childhoods, for whom Swinton speaks with such characteristically icy dignity. (My god: that voice.) 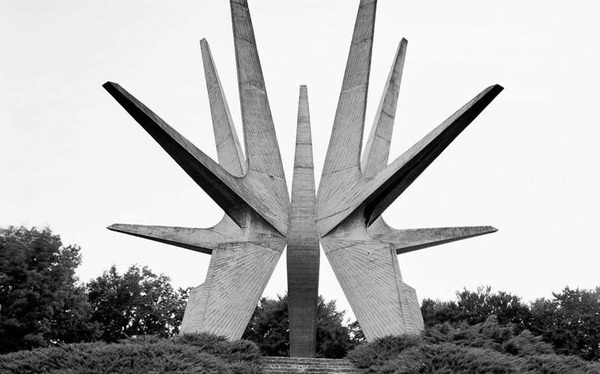 The mood is well-earned: despite all the ingenuity and adaptability of these far-future humans, we discover that a cascade of supernovas has triggered our final extinction. Manned interstellar spaceflight — that mainstay of most sf — is revealed as madness, reducing humans at their technological, technological and ethical peak to nihilistic despair. And as the ever-warming climate of Neptune slowly wreaks havoc on their awesome civilisation, the only thing these “Last Men” can do is make telepathic contact with the past — the conceit that enables Tilda Swinton to narrate the tale for us — as they wait for the end.

It’s uncanny how much this story from 1930 resonates with our slowly unfolding climate change disaster. And now that the worst seems inevitable, the intense melancholy of Jóhannsson’s First and Last Men feels fitting — a necessary alternative to either denial or relentless panic. But beyond this, I’m impressed by the supreme ambivalence of Jóhannsson’s take. He makes the Last Men as dignified and magisterial as they are aloof, and their vaunted supremacy is a mixture of authentic maturity and our own sneaking suspicion that in their immortal, genetically-designed perfection, these final humans have lost the capacity to take unexpected action. It’s profoundly sympathetic.

This suggests to me that having a post-human-centred design orientation is very far from being misanthropic. Perhaps we just need to stop pretending that empathy is ever completely possible — who can truly pretend to empathise with a post-human species two billion years in the future, let alone our strange and often unknowable fellow lifeforms, be they vertebrate, invertebrate or botanical? — and instead extend a generalised (and non-paternalistic) sympathy to our neighbours and ourselves. Sympathy is okay. Yes, our situation can be pegged to a combination of pathetic ignorance, shortsighted greed and genuine moustache-twirling villainy. And we are not the centre of the universe. But like others, we are still a species that deserves a dignified mourning.

When I was teaching art to six-year-olds last year, I did a unit on comics, tracing the emergence of costumed superheroes to the ’30s. 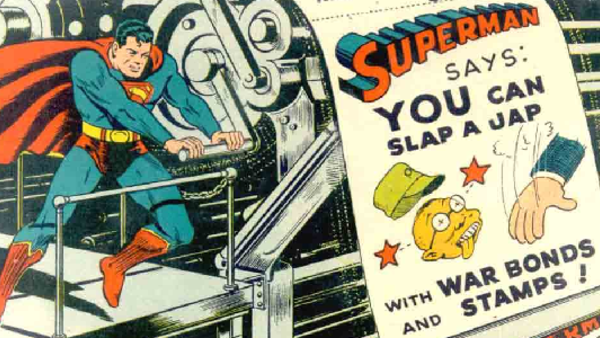 “Why do you think superheroes appeared then?” I asked the class. “What was going on?”

“IT WAS IN THE MIDDLE OF THE WORLD WARS!” said one student. “MILLIONS OF PEOPLE WERE DYING!” called out another. “My great-grandmother met my great-grandfather in a Spanish flu hospital during World War I!” came another, very-relevant non-sequitur. (It’s easily forgotten that the 1918 influenza outbreak killed at least 50 million people. And yes, these kids are amazing, and publicly funded education is the fucking best.)

Out of the despair of modernity — mechanised mass slaughter and earth shattering pandemics enabled by the globalisation of capitalist industry — we cried out for salvation. Yes, there are many reactionary underpinnings to our superheroic imaginaries (the above image is just the most obvious), but their basis in real trauma behooves us to at least be sympathetic their emergence. We need to take fantasies of supermen seriously (and critically), rather than simply dismissing them as misguided or ridiculous because they’re rather obviously dodgy as fuck. And similarly, we need to take populism seriously.

Make no mistake: while I’m fascinated by downturn and revival narratives, they’re more often than not pretty terrifying: “Make America Great Again” is the clearest contemporary example. And when famed philosopher Martin Heidegger looked forward to “a spiritual renewal of life in its entirety,” he was talking about Adolf Hitler. Don’t look away. Stay and fight in the mud.

Besides talking to the past, the final act of desperation of the Last Men was to transmit proto-organic matter into space, designing it to reassemble on favourable ground in a direction towards intelligent life. (Listening to Tilda Swinton intone gravely about “the Great Dissemination” was just too deliciously weird.) Of course, this is the plot of Invasion of the Body Snatchers, the story that prompted me to explore First and Last Men in the first place: we are being invaded by relentless pod-people, growing out of seeds assembled from “living threads that float on the stellar winds.” 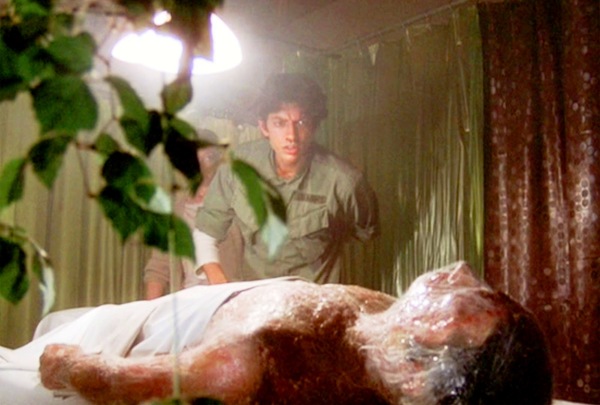 Not just taking our jobs — they're stealing Jeff Goldblum's life! 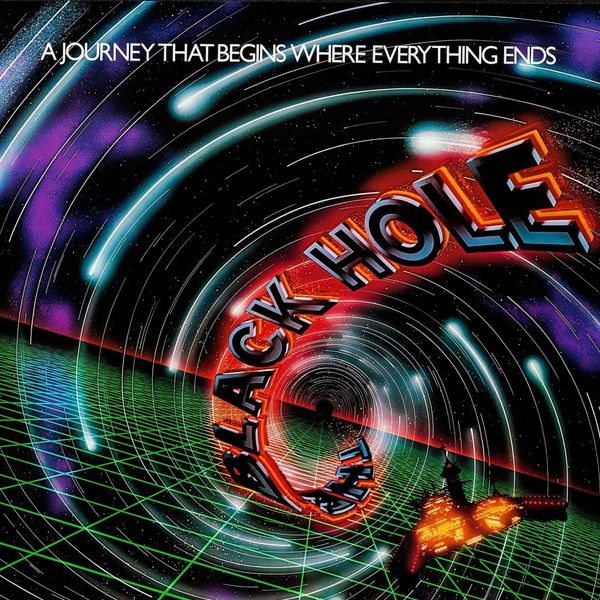